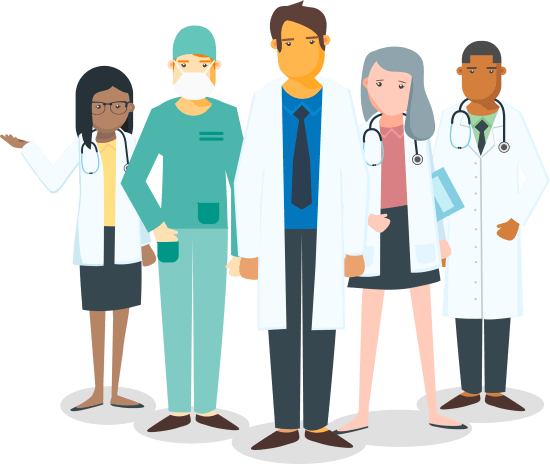 Managing the Media : Media handling is not part of medical training, but talkig to the press can often come with the job.Cath Janes takes you through what you should know

By the time you emerge from medical school you’re prepped for many medicine emergencies. Yet doctors are increasingly tackling an emergency for which they are rarely prepared: facing the press. What would you do if you found the press corps camped on your doorstep?

Never say never. You don’t have to be a malpractising doctor to get your name in the paper. High profile court cases and inquests, police inquiries, roles in unusual disciplines, celebrity health issues, and cutting edge medicine are all reasons for doctors to receive a call from a journalist.

It means that at any point in your career you could find yourself staring at the business end of a camera or offering explanations to an irascible John Humphries.

According to the Medical Defence Union, media requests about a patient’s treatment are now “fairly commonplace,” and it concedes that this is partly because patients and relatives are more likely to question their medical treatment. Doctors can also find their views and treatments being analysed and discussed by the public on internet forums and talk shows.

All of which coincides with the public’s increased access to the media. Citizen journalism, reality television, and blogging have given the public a louder voice and, as great as that freedom might be, if it’s turned against a doctor the results can be devastating.

“I deal with people who are professionals in their field yet find themselves open to public scrutiny,” says Sarah Webb, head of media and defamation at solicitors Russell Jones and Walker. “Seeing yourself splashed across the pages of the Daily Mail is a shock for anybody, whatever they do for a living.

“I recall working with a surgeon whose story appeared in a newspaper under a headline that referred to him as a butcher. It was all started by a disgruntled patient, and although errors were made, it was highly questionable whether the doctor was deserving of this treatment.

“It really doesn’t help that everyone wants their 15 minutes of fame and are prepared to confess the most personal things to get it. This particular case involved a breast enhancement and the patient was happy for the paper to run pictures of her breasts. Would the story have been as big if she hadn’t done that?”

This case is further testimony to how high medicine is on the agenda when it comes to satisfying the public’s lust for scandal. It also demonstrates the speed with which a story can escalate. That makes facing the media even more of an issue.

If you’re used to a slow trickle of media requests then you’ve had time to prepare, but when you’ve woken up to a deluge even the calmest of medical professionals can find their world turned upside down.

Duncan Dymond knows how that feels. He’s a cardiologist who has learnt to harness the power of the press. The start of his media career, however, wasn’t quite so controlled.

“It was back when waiting lists were up to 18 months long and a man on my list died while waiting for treatment. His widow wrote to the Guardian about how the NHS had failed him and in response I also wrote to the letters page about how surgeons were suffering from lack of resources. Instead of running it as a letter, though, the paper ran it as a headline.”

Dr Dymond recalls being in a meeting when the story broke and suddenly getting calls from the BBC and News International with requests for television and radio interviews. It wasn’t just the media who were interested though.

“When the realisation of what had happened hit me I broke into a cold sweat and my stomach turned over. On top of that I was upset at how doctors were being portrayed and I also had to face flak from the hospital and Department of Health.

Luckily I like to fight what is wrong and my hackles were raised enough for me to persevere. Once the press link you to such an incident, though, you’re stuck with it.”

Dr Dymond feels that his ability to deal with the media has improved over the years. He has been a key figure in the Save Barts Campaign and is now a port of call for journalists seeking comments on all things relating to cardiology.

This included Tony Blair’s cardioversion, when Dr Dymond appeared on the Today programme and found television vans parked outside his house for hourly bulletins. He’s even faced Jeremy Paxman in a discussion about passive smoking.

Bad news can, therefore, have a positive outcome. It takes a degree of media management, however, if you want to escape the experience unscathed. Emma Cuzner is a medicolegal adviser for the Medical Defence Union, and part of her job is to speak to journalists.

“I’d advise any doctor to be cautious,” she says. “For example, I never quite believe that I am speaking off the record when a journalist tells me that I am and that’s why I’d never say anything that I wasn’t happy to read in the papers. Luckily most doctors will never find themselves dealing with the media although it always helps to be forearmed in case it happens to you.”

That’s where media training comes in. The British Medical Association issues guidance for doctors in the spotlight and runs courses in dealing with the media through its public affairs division.

The Medical Defence Union also offers guidance to its members and clearly outlines what a doctor should do when a story breaks.

One man who can vouch for the usefulness of training is Alan Smith, consultant in public health medicine for the Irish National Cancer Screening Service.

He believes that Jade Goody’s death from cervical cancer made his work even more pertinent and that his formal media training has helped him handle press interest.

“My training made a big difference,” he admits. “The first time I dealt with the press I was nervous but my training taught me to know my audience and subject.

Then all I had to do was practise and the more I practised the easier it got to speak to the media. My work makes me visible and promoting messages to the public is part of what I do. Dealing with the media can help me do my job well and that’s why I have found the experience a positive one.”

Assuming that all press attention is bad attention is, therefore, wrong. For doctors who need to communicate the latest messages about anything from swine flu to obesity rates, the press can do this more quickly and effectively than any other medium.

For example, Dr Dymond is particularly proud of his involvement with the ITV show This Morning when he scanned the heart of Chris Steele live on television to show viewers the importance of cardiac health.

Media involvement can also have a positive effect on how you deal with patients. Nikhil Kaushik, a consultant eye surgeon based in north Wales, believes that his media experiences have had a positive impact on his career.

“It’s made me a better communicator,” he says. “I now understand how important it is to speak clearly, especially because I don’t have an English accent, and I even find that people make appointments to see me because I’ll help them to understand their problems.

Yes, I have had to deal with controversial issues and have found myself being interviewed with very little preparation but all of it has contributed to making me better at my job.”

What to do when confronted by a journalist

Don’t panic. Just find out who they are and what they want and tell them that you’ll get back to them as soon as you can.

Contact any available support, whether this is the BMA, Medical Defence Union, or your local trust.

Always call a journalist back when you can talk calmly about the issues raised or explain why you are unable to speak to them.

If you are presented with information that is new to you, suggest that you call the journalist back when you have seen the evidence or research and can give them an informed response. Do this quickly and in time for his or her deadline.

Always talk as if you are on record. Never say anything that will cause you personal or professional harm and never breach confidentiality.

Be aware of any “trick” questions that force you to confirm or deny a patient’s treatment.

Never get angry or lose control of the situation. If an interviewer constantly interrupts you, keep bringing them back to the original message. Don’t lose sight of your goal or brief.

Beware of off-the-cuff comments from your interviewer that may lead you on to a different subject. The big story may be about an epidemic but an informal request for a comment on some celebrity’s latest health scare at the end of the interview could catch you unawares.

If you’re doorstepped by a photographer or camera crew don’t hide your face. When they have what they want they will leave you alone.

Journalists don’t have to be the enemy. Many will be happy with a clear comment, on time.

This article first appeared in BMJ.