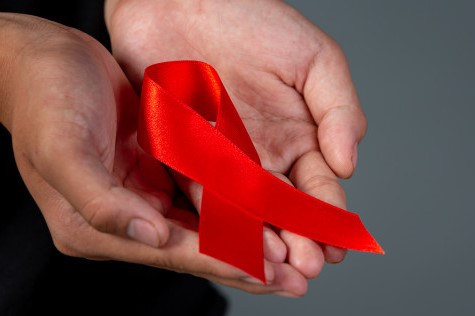 If not for a friendship card that he exchanged with a newly found pal, Mr Paul Aloyce says he could have missed a clinic appointment—and so his dose of life-saving medication, putting his health at risk.

“That day I had travelled out of the city,’’ recalls Aloyce, a resident of Dodoma in Tanzania. “While on my way back, it dawned on me that I was supposed to collect my HIV medicine at the clinic, but it was already late.”

For years, people in Aloyce’s situation have either skipped or entirely given up on their clinic schedules—or collected medication when it was too late, tendencies that can increase the risk of drug resistance, making antiretroviral drugs (ARVs) less effective.

According to World Health Organisation, drug resistance weakens the global plans to reduce HIV infection rates and deaths from AIDS.

If people on ARVs are open about their status, they can be supported to adhere to their medications, researchers say.

Yet, due to the fear of being stigmatized, they hardly communicate their difficulties with each other when they visit HIV/AIDS Care and Treatment Centres (CTCs), unlike in other healthcare settings.

Some tend to avoid appointments that match with another’s visiting time at the clinic, according to Amiri Mlinga, a clinician at the HIV/AIDS CTC of Makole Health Centre, located in the city.

“They need someone to break the ice,” says Mlinga who is charged with monitoring their progress. “We always encourage them to greet each other before beginning their sessions [for health education at CTCs].”

In recent months, however, Aloyce and hundreds of others in Dodoma and Singida regions have found treasure in exchanging friendship cards, known in Swahili as Kadi za Urafiki which they can access when they visit CTCs.

On that day when Aloyce was about to miss his appointment at Makole Health Centre, he simply dialed the mobile phone number written on the friendship card and a friend who is also HIV-positive helped him to secure his dose of medicine.

Aloyce’s story represents the impact of a health initiative aimed at helping people living with HIV to form useful bonds, remind one another about clinic appointments and adherence to drugs.

Until December 2020, more than 11,000 people had been reached following the initial piloting of the project in Dodoma and Singida, says Lugende, quoting the organisation’s annual report, which indicates that 16 health facilities have so far adopted the initiative.

According to the report, missed appointments went down by nearly a half in five months, covering the period between April and September 2020 at Makole Health Centre. Lugende attributes the trend to the introduction of the friendship cards.

But the program has suffered a number of setbacks, she says, especially when the coronavirus outbreak was announced in Tanzania last year, discouraging crowding at clinics to avert transmission.

The uptake of the cards is also progressing at a snail’s pace. “…members come one by one. It’s difficult preaching every after few minutes to a new team,’’ she tells MedicoPRESS.

Volunteering health workers usually introduce the approach to people living with HIV at the waiting place of CTCs when they turn up for routine services. This is followed by a questions-and-answers engagement.

HIV-positive individuals are given the cards to voluntarily fill in their information, including their readily available mobile phone number, home location, their nickname at home and a their local leader.

Next, they exchange the cards, and then?

During their visits for clinic appointments, each of them is asked about their friends and their status in adhering to medications or at times, requested to share their friends’ locations in case they are absent.

“I feel a lot better having someone to walk this journey with and I have even gained some weight,’’ says one of the beneficiaries at Dodoma Regional Referral Hospital whose name can’t be made public because she didn’t consent to that.

“Through using these cards, I know some men and women who have formed new relationships and are now living together as partners. Due to their HIV status, they had previously failed to achieve that,’’ says Mariam Sagalagwe, a nurse at Makole Health Centre.

If you are HIV positive and need a friend to share life-saving benefits with, kadi ya urafiki is now an option, yet by choosing to exchange the card, you could also be contributing towards reducing drug resistance as part of the global action plan on HIV drug resistance 2017–2021.

Healthcare should focus on the patient, not just the disease: Tanzanian doctor’s experience