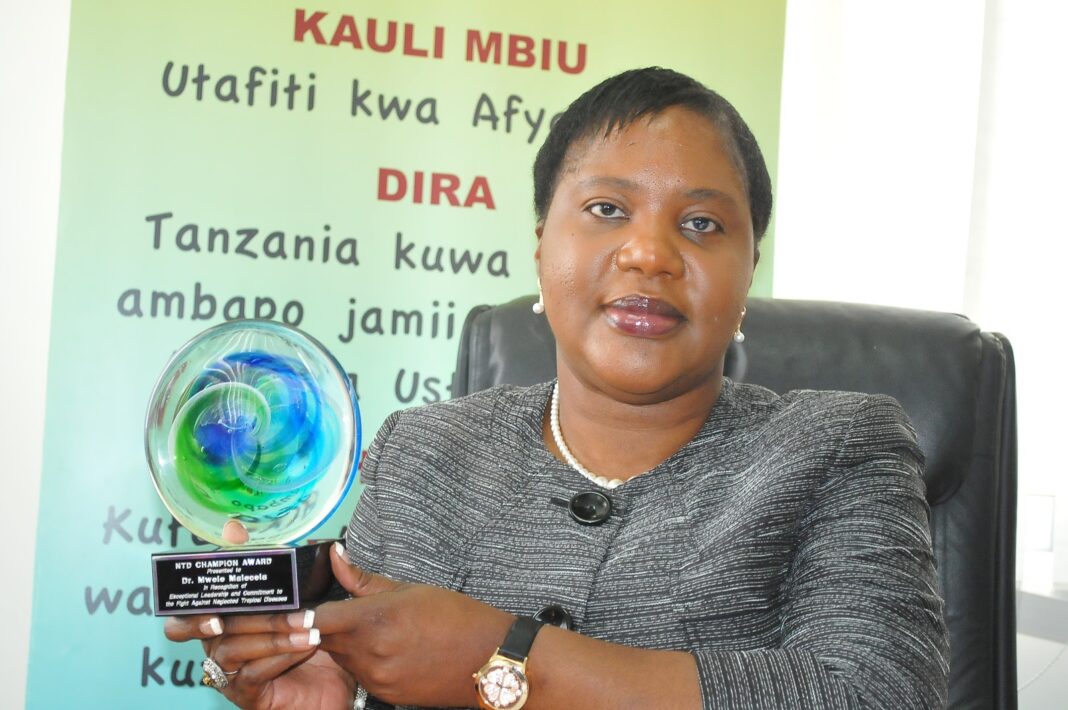 The scientific community in Tanzania and the rest of the world is mourning the death of Dr Mwele Ntuli Malecela who was serving as the World Health Organisation’s director of the Department of Neglected Tropical Diseases (NTDs).

She was the first woman to be appointed as the Director General of the National Institute for Medical Research (NIMR), however, her appointment was unceremoniously revoked by then President John Magufuli in 2017.

Also read: Zika in Tanzania: The 60-year-old-evidence you can’t deny

In 2019, Dr Mwele, one of the world’s most respected researchers on NTDs, announced she was diagnosed with cancer. She died on 10th February, 2022 but her death hadn’t been officially announced yet at the time of publishing this article.

It's been a year since that fateful day that I was rushed to hospital and diagnosed with cancer. Am thankful to all that have seen me through this journey. I have had lessons and blessings and am thankful for both. To God Be the Glory. pic.twitter.com/h5eZa5sqK4

President Samia Suluhu Hassan who has sent condolences to the family of Malecela, has described Mwele as “Africa’s child who has served Tanzania well in and out of borders.”

Dr Mwele who was 58 at the time of her death, had a career stemming from her extensive educational background and career in science. She was named among 100 most influential women in Africa.

The daughter of former Prime Minister John Malecela, Mwele had ambitious of becoming Tanzania’s president.  She run for election in the 2015 CCM presidential primaries, joining a list of 40 others. The winning candidate was John Pombe Magufuli.

Her career as a scientist can be traced as far back as when graduated in Zoology at the University of Dar es Salaam and later in 1987, joining the National Institute for Medical Research (NIMR), where she focussed on conducting research on lymphatic filariasis.

She attained a master’s degree and PhD at the London School of Hygiene & Tropical Medicine between 1990 and 1995.

Mwele held various roles such as becoming Director of Research Coordination and Promotion (DRCP) at NIMR in 1998 before moving on to become the Director of the Lymphatic Filariasis program in 2000.

Dr Mwele then set her ambitions on the international stage whereby in 2017 she joined World Health Organisation’s Regional Office for Africa and as the Director in the Office of the Regional Director (RD) responsible for providing policy, managerial and diplomatic advice to the RD, coordinating and facilitating the plan of work for all units under the RD’s Office Cluster, and monitoring the implementation of policy decisions of WHO governing bodies.

Her stature as a reputable researcher and scientist would be emboldened another notch when in October 2018 the Director General of WHO, Dr Tedros Adhanom Ghebreyesus, appointed Dr Malecela Director of the Department of Control of Neglected Tropical Diseases, based at the Organisation’s headquarters in Geneva.