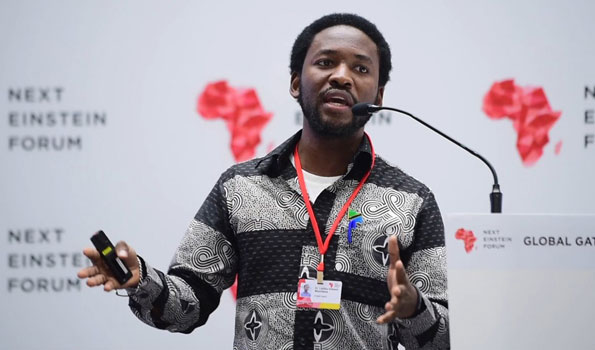 A Tanzanian medical researcher and innovator, Dr. Lwidiko Edward Mhamilawa, has been recognized by the United Kingdom government for work he has done in grooming young scientists in his country.

The medic has been announced as the Commonwealth Point of Light Awardee recipient, an award that recognizes outstanding individual volunteers – people who are making a change in their community.

Lwidiko and his team of 50 volunteers run boot camps, workshops, and mentoring programs to encourage children into science and the charity has positively impacted the learning paradigm for students and teachers nationally.

“His work with ‘Projekt Inspire’ and ‘Next Einstein Forum’ will create a generation of innovative thinkers who will contribute to Tanzania’s development,” she said.

For his part, Dr. Lwidiko said, “Our vision is to create a generation that sees the value of STEAM education in the development of the nation so that they become meaningful contributors to the same.”

“Over the years, we have reached more than 9,000 children aged between 3 and 14 years and provided them a platform to explore science and get inspired by hands-on learning through our ‘Rising STEAM Stars’ program,’ said Dr. Lwidiko who is pursuing medical research Ph.D. studies in infectious diseases with a focus on malaria at Uppsala University in Sweden.