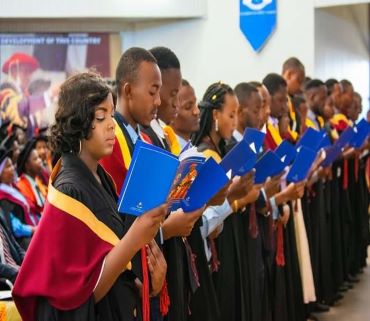 The University of Dar es Salaam (UDSM) is beginning to reclaim its lost glory. It was the first university in Tanzania to offer a medical degree, way back in 1968 but almost 40 years later, the varsity stopped producing medical doctors, ‘pausing’ for a decade or so.

In 2005, a wind of change saw some of the major colleges under UDSM evolve into independent fully-fledged universities. Since then, observers say, the university stood on the losing end in the global academic competition, albeit silently.

Following the change, students who fell under MUHAS and UCLAS felt at a loss by not graduating from the reputable university that they believed UDSM was. The decision was also contested by the then MUHAS students who had enrolled under UDSM.

The students, however, won the case following a High Court judgment on the “Lello and others vs Ardhi University, University of Dar es Salaam and Attorney General, Misc. Civil Case No. 69 of 2008,” filed by students of UDSM who contested being conferred ARU degrees. Those from ARU were finally recognized as UDSM students and graduates. That was then.

Fifteen years down the line, the oldest state-varsity is now renewing its momentum by restoring its medical and architectural training “We had lost our comprehensivity. We are rebuilding it in a unique way,’ says Prof Rutinwa as he reveals the university’s grand plans in fostering academic excellence and boosting global competition.

This year, UDSM trailed behind MUHAS in ranking by the University by Academic Performance Centre (2019-2020) with a score of 138.42, making it to 2047th globally but MUHAS which evolved from UDSM as a college over 15 years ago was ranked the top university in Tanzania, becoming the 1551st globally with a score of 179.53 points.

Inspired by its Vision 2061, UDSM decided to revive the Doctor of Medicine (MD) program, with the latest products being 25 graduates who were conferred degrees at the university’s 50th graduation ceremony last August.

“The decision, as I said, was based on the university’s plan to regain its comprehensivity but also fill the void created by the closure of many private colleges that had been offering medical degrees. We have also realized that there is an unmet demand for medical experts in the country,’’ Rutinwa tells MedicoPRESS.

The recent UDSM medical graduates did not begin their first year at the university. They are part of the majority of students who had been enrolled at the Archbishop James University College (Ajuco) in Songea region which was later closed down.

They were later transferred to UDSM where 175 joined medical school at the Mbeya College of Health and Allied Sciences (MCHAS) within the grounds of Mbeya zonal referral hospital.

According to Prof Rutinwa, the restoration of the medical degree should not be seen as a replication of the training being offered elsewhere in Tanzania.

“UDSM wants to make a difference by offering Biomedical Engineering because we already have an engineering college in place. There is a critical shortage of such experts in Tanzania. We also want to go into cancer-related programmes in the near future,’’ he says.

Situated on the western side of the city occupying 1,625 acres on the observation hill, UDSM has five campuses in and around the city of Dar es Salaam and operates academically through ten faculties, some of which are exclusive to specific campuses.