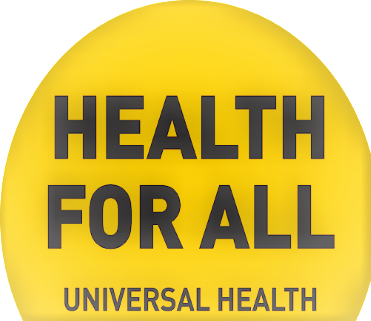 In the ongoing efforts to ensure professional and quality healthcare delivery for all citizens, Tanzania can borrow a leaf from Vietnam and Thailand; two of the countries that harbor success stories on health budget planning and Universal Health Coverage (UHC).

Here in Africa; Ghana and Rwanda are also good examples of countries which have achieved significant milestones in promoting UHC.

How did these countries make it?

Few years post-independence, that is over 50 years ago, Tanzania was at the same level of development as Vietnam and Thailand. In fact, others say we (in Tanzania) were slightly ahead of these countries.

And, when the tide of globalization ensued in the 90’s, Tanzania together with Vietnam and Thailand began preparing the avenue for a national health insurance scheme.

But today, as we speak, Vietnam and Thailand have managed to put every citizen on health insurance and these countries are not burdened by medical treatment exemptions for those who can’t afford.

In those countries, there are no special ‘windows’ at health facilities to help citizens who can’t afford healthcare.

Here in Tanzania, the health insurance schemes started in 1997. It’s now about 20 years since such initiatives came into being.

The National Health Insurance Fund (NHIF) was born in 2001. That was after a select group of Tanzanians were sent on a learning tour in Asia, to pick experience on how health insurance was being implemented in those countries. That is about 16 years ago.

Where are we so far?

Statistically, only about 30 percent of all Tanzanians are on health insurance. This includes those with cards for the Community Health Fund (CHF) and the NHIF.

In other sources, data show only 27 per cent of Tanzanians are enrolled for health insurance, with 17 percent on CHF and 10 per cent on NHF.

Whatever the case, this data shows that only a small number of people are on health insurance. But still, the country shoulders the burden of people who are exempted from paying medical bills at health facilities.

What’s the secret behind the success in Vietnam and Thailand? How did they get there? How are we doing it here in Tanzania?

Let’s begin by looking at how those countries succeeded.

In Vietnam and Thailand, the society accepted the health insurance schemes wholeheartedly from the early start; and this was driven mainly by strong political will in those countries.

There was full public participation; coupled with mass education campaigns to develop and participate in the health insurance scheme.

The Ministries of health in those countries were not simply left alone to complete such a huge task of developing the health insurance strategy.

There was, of course, the involvement of the Ministries of health in Vietnam and Thailand but more support came from a wide range of stakeholders, such as the politicians, economists, traditional leaders, religious leaders, artists etc…meaning that the entire society was fully involved.

There was a unanimous call for everyone to take up health insurance. The public voice was inclusive and the message spread to all corners in those countries.

It became the countries’ slogan and everyone chanted it—almost everyone sang the national health insurance fund song.

Here in Tanzania, we must learn to widen the base of public awareness so that more and more people join NHIF.

We can go ahead and tell the public that being on health insurance will now be a legal requirement and compulsory. Well, that alone won’t suffice.

When a patient arrives at the hospital, it’s difficult for the medical staff to turn him or her away, or rather denyhim/her healthcare services.

Quite often, that particular person will be asked if he/she possesses a health insurance card—if not, then he/she is advised to seek help from a social welfare office.

That’s when the patient either gets healthcare services through exemption or is asked to share the cost—what we call cost-sharing.

Read: Health insurance for all in Tanzania faces uncertainty from informal sector

Cost-sharing can be tricky. This is because the patient may not afford the cost to be shared; and what will happen? He/she may end up turning to traditional healers for herbal medicine or self-medication by buying over the counter drugs.

Then, the sad reality is that this same patient may return to the hospital while in an ambulance. Here, treatment will be offered to him/her as a necessity. This is what I mean by saying that there is a big burden of medical exemption.These medical exemptions have become a huge burden to hospitals.

What lessons do we need to learn as we surmount these barriers? What did other countries do?

A long-term plan was put in place by those countries which succeeded in assuring everyone of healthcare.

The plan was made in such a way it could withstand global economic shocks, turbulences in AID politics and unpredictable internal developments. That’s how the health insurance plan for Vietnam and Thailand remained safe.

We need to make it happen here in Tanzania—that the voices must be raised higher for the health insurance plan to succeed. The time is now.

Studies we carried out in the past have shown that people often refused to enroll for health insurance because of lack of medicines and medical supplies in health facilities. There were those who decided to quit after enrolling.

However, we have recently witnessed the efforts by the Tanzanian government in dealing with the shortage of medications in health facilities. I believe we should grab this opportunity to launch a fresh strategy to campaign for health insurance in a new style.

The campaigns should now go beyond hospitals and other health facilities. It’s now time for politicians to chip in, the ward councilors, members of parliament, ministers, heads of legal institutions, district and regional commissioners and so on…it’s time to speak loud.

Preachers or rather clerics should take it to their believers, or rather followers. The poets, taarab singers; all should campaign for health insurance in their platforms. Then, the billboards, motor vehicles; all should carry the message.

The 128 radios and 26 TV stations, together with the over 100 newspapers should transmit the message of health insurance. These media outlets should know that they need healthy listeners, viewers and readers.

We are so lucky that Tanzanians tend to listen to political leaders.

I still recall the past memories of how the elderly heeded the call to take up adult education, despite the fact that schooling at that time was undermango trees. The response was so high.

If I were not a person who fears war, I could have recalled to you how we were inspired to defeat Iddi Amin.

But also, recall how Tanzanians were sensitized to go for HIV screening, especially when a political leader went in first for an HIV test.

There is no better promise a politician can give to a prospective voter than better healthcare and most politicians have always done it during political campaigns at rallies.

The preachers should also remember that the prophets were healing. So, it’s time they found health insurance important for their followers.

Lastly, let me speak about the social economic status of our people.I know that our people’s economy is low. But, there is room to plan for greater things.

Today, estimates indicate that almost 30 million people in the country use mobile phone. Some have two cell phones.

The irony is that each of those who seek exemption from paying medical bills, have a mobile phone or their close relative has a mobile phone.

What lesson do we pick from this? Is it true that poverty is the problem or the right message hasn’t penetrated well?

What have mobile companies done to win the hearts of subscribers? What makes people give an upper hand to a mobile phone than health insurance?