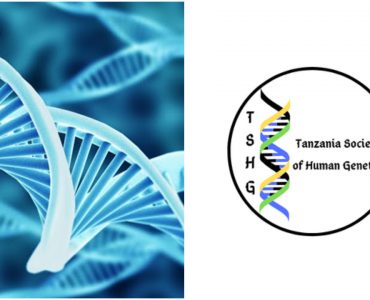 Scientists in Tanzania are working on strategies that will help raise the profile of human genetics and improve research on how gene-related diseases are diagnosed and treated in the country.

They have formed the Tanzania Society of Human Genetics (TSHG), a platform that unites geneticists, policymakers, health researchers and other stakeholders as part of the long-term plans to coordinate research applications of human genetics.

In Tanzania, there is limited application of research findings in general. Researchers on human genetics suffer the same challenge. This, according to experts, is a result of the fact that research activities are poorly coordinated.

TSHG, which is due to be launched next month during the Tanzania Health Summit (THS) in the country’s capital Dodoma, is expected to bring the government and private sector stakeholders on human genetics, under one roof.

The forming of the society also comes at a time when genetic technologies are becoming increasingly relevant to Tanzania and Africa, the experts say.

A researcher on biotechnology from the University of Dar es Salaam (UDSM) Ms Aneth David who is part of the TSHG, says genetic technologies are key in understanding hereditary diseases and other life-threatening conditions, such as Ebola, Dengue fever and Zika.

“Genetic research [is also playing] a key role in management and eradication chronic diseases including Malaria, HIV and TB,’’ says Ms David, adding: “It is imperative that a coordinated approach to genetic research for human health be adapted for the country…”

Human genetics, she says, is also at the frontier of prevention and control of major hereditary single-gene diseases such as thalassemia… haemophilia, and hemochromatosis as well as birth defects.

“The birth of TSHG is a long overdue,” says Mohamed Zahir Alimohamed a research fellow in the Sickle Cell Programme at Muhimbili University of Health and Allied Sciences (Muhas).

“In addition, the contribution of Tanzanian human genetics research and services are not fully communicated to the government, national and international communities,’’ says Alimohamed.

He believes that time has come for the African population to be fully represented in the global human genome database.

“As we all know, Africa is the cradle of human kind. However, it is a shame that African populations are severely underrepresented in the current human genome database. This has alerted scientists to address the issue with urgency,’’ he explains.

“Various current treatment plans for specific diseases are suited for European populations and therefore do not work for Africans with great efficiency. This is largely due to the genetic differences,’’ he says, citing reports which show that African populations are reported to carry the most number of variants in their DNA.

“Exploring these variants is key to realizing the genomic and precision medicine initiative which aims to treat a patient according to the individuals’ genetic information,’’ he suggests.

In the year 2020, Tanzania is expected to host the 13 African Society of Human Genetics conference (AfSHG 2020).