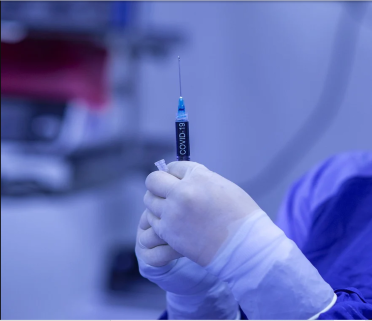 Global reports about development and deployment of vaccines against SARS-CoV-2, the virus causing COVID-19, have been received with mixed feelings. News about vaccines should have been a positive development at this time when the world battles an unprecedented pandemic but on the contrary, an unfortunate scenario is unfolding. This shouldn’t go unabated.

As it happens, let’s not forget that vaccination has been proven to be among the most important public health approaches for controlling infectious diseases or even eradicating some of them. This remains well documented in medical history books and encyclopedia.

Diseases that used to claim many lives of children such as measles, diphtheria, whooping cough and diarrhea are currently in check; some of them, such as polio which used to be the leading cause of paralysis worldwide, is on the verge of being eradicated.

The World Health Organization (WHO) estimates that around 3 million deaths are averted annually through the use of safe and effective vaccines.

Having been on the front-line as a health worker, I can stand up and hold whatever holy book valid to testify the miracles brought by vaccine discovery.

Are vaccines a silver bullet?

Given the magnitude of the COVID-19 pandemic, coupled with its complexities, it is understandable that the vaccines being announced at the moment aren’t a silver bullet. But news of their availability should mean that the world is seeing light at the end of the tunnel after several months of unrelenting battle against the viral pandemic.

Surprisingly though, the most circulating news and video clips on social media platforms are those creating fear and warning people not to take the vaccines. Most of them are full of misleading information and misinterpretations of the COVID-19 vaccines’ safety and effectiveness.

I have noted a number of conspiracy theories, such as depopulating the world or making human being controllable using implants made from molecular technology. Others insist that the vaccines pose more risks than benefits.

There is an apparent global anti-vaccine movement with a lot of resources and tricks to make sure that negative information spreads as much quickly as possible and this has led to a rapid rise in COVID-19 vaccine hesitancy around the world.

Who doesn’t want the vaccine?

A survey conducted among adults in Unites States of America by Pew Research Center revealed that in May 2020, the readiness to receive a COVID-19 vaccine was 72%, but it dropped drastically to 51% in September 2020.

In Africa, where the general population is prone to cultural, political and religious manipulation, vaccine hesitancy can be more challenging, not only for COVID-19 but also for other vaccine preventable diseases. This was observed in Nigeria 2003-2006  where rumors and distrust towards polio mass vaccination campaign affected polio elimination targets.

Public health experts recommend that, at least 70% of the community should be vaccinated with COVID-19 vaccine for that particular community to achieve desirable protection (herd immunity). But with the observed trend in hesitancy, the much touted vaccination programmes are likely in jeopardy.

A well-coordinated communications campaign is urgently needed to address the growing hesitancy against COVID-19 vaccines, if not, the anti-vaccines sentiments might spread against other routinely used vaccines.  The impact can be immense on public health in general.

If the vaccines efforts regress, a decline in herd immunity against other diseases will ensue, leading to re-emerging of diseases that had already been brought under control. Therefore, vaccine preventable diseases and deaths might increase and more resources will have to be required to deal with an additional and bigger public health challenge.

But how safe are they?

People may question: Are concerns about vaccines side effects not valid? What is true is that vaccines may lead to undesirable reactions such as fever, general body weakness and sometimes-in worst case scenarios may cause a rapid fall in blood pressure and unconsciousness. However, these events are rare and most of them are mild and can easily go away within few days after vaccination.

Furthermore, it should be noted that there is a rigorous process to ensure that the vaccines are not only effective but also safe. Before the vaccine is approved for use it passes through four well planned steps as well as local and international regulatory authorities. In all these processes, people are involved to ensure that all safety concerns are addressed.

The first step involves animal experiments in which the vaccines are tested in animals to assess their safety and ability to stimulate the immune system, before being tested in humans. If found safe, a particular vaccine goes into the first phase where few healthy volunteers are given the investigational vaccine.

If the results are positive with no significant safety concerns, the vaccine gets a green light to proceed to phase three, where more volunteers are recruited in thousands.

During this stage, people from different countries and settings are recruited. There is regular follow up to ensure safety, and to gather enough evidence that the vaccine can provide protection against the targeted disease.

When enough evidence on effectiveness and safety has been gathered, and reviewed by regulatory authorities, the vaccine is finally approved for routine use.

It should also be noted that even after being approved, there are steps taken to ensure that information about the safety and effectiveness of the vaccine continues to be collected, spontaneously. In the event that safety concerns are raised on already approved vaccine that more people are receiving, it can be revoked.

Regardless of the fact that there are independent international groups in place to oversee and communicate vaccine safety issues such as Vaccine Safety Net (VSN) and the Global Advisory Committee on Vaccine Safety (GACVS), there is a need to develop a communication strategy that will involve communities as much as possible.

Influential people in the community such as religious, local government, tribal and political leaders as well as human right groups should be extensively involved in providing mass education and advocacy on the role of vaccines in controlling infectious diseases.

As scientists, this is our time.

We should be on the frontline to provide the right information in an engaging, transparent manner and debunk all the myths and rumors going on about COVID-19 vaccines.

That way, we can save the world!