For the first time, I have diagnosed Tetra-Amelia Syndrome in a female child aged about two months; who was born through Caesarian Section (CS) at Singida Regional Hospital in Tanzania, East Africa. Date of birth is 19th February 2017.

The child is alive now, as I write. She has an extremely rare congenital disorder in Tanzania. It’s also known as autosomal recessive tetraamelia, characterized by the absence of all four limbs. It’s a genetic disorder.

Globally, statistics show that one case occurs for every 71,000 pregnant women, according to OMIM®, an online Mendelian Inheritance in Man, a comprehensive, authoritative compendium of human genes and genetic phenotype that is freely available and updated daily.

I only used to read about Tetra-Amelia Syndrome in medical literature when I was still in medical school at Muhimbili University of Health and Allied Sciences (MUHAS), and that’s more than 7 years ago.

But recently, (5th April 2017), I was called in to see a “complex” case of a newly born baby. Since I have always been interested in paediatrics and such cases; and others like Treacher Collin Syndrome, Gastroschisis and Omphalocele, I rushed in to help, with great enthusiasm.

I was on a holiday visit in Singida but my work station is Kahama district, Shinyanga Region, so, as I moved around Singida town, a person intimated to me that a “strange” child in the neighborhood had been born. In fact, this person used a semblance of a jug to describe the child.

I was told that when the child was born, she was admitted for about two weeks at the regional hospital and later discharged. So, people around town in Kibaoni street asked me to go and see her.

On arrival at the home where the child lives, I introduced myself to the family and I was taken to see the mother and the child herself.

The mother is 30 years old. That was her first child. She has parted ways with the partner who impregnated her. I cannot reveal her name and other identities now due to ethical concerns.

She did not report any complications during her course of pregnancy. She reported to have used Haematenics (Iron and Folic Acid) when she began her clinic visits—at 3 months of pregnancy.

She took SP medications (prophylaxis for malaria) and she reported not to have used any other drugs.

I requested for an Antenatal Clinic (AN) card but it was not available, so I couldn’t tell which other AN Clinic services she might have obtained. But I was informed she did not undergo any Abdominal Ultra Sound (USS) Imaging.

At a Health Centre (HC) in the region, medical staff could not understand the way the unborn baby was positioned. So they referred the child to the regional hospital where a decision was reached that a Caesarian Delivery was necessary.

There was no documentation to show what medical services the child has received. But I was only informed she was vaccinated.

When I examined the child, she was clinically stable. That day, I had walked with a thermometer, so, I detected the child’s temperature. It was 37.3 degrees centigrade. The child was pink in colour (normal).

She had neither the upper nor lower limbs, with a visible soft and reducible mass which I spotted on the right inguinal area. Her genitals (of a female) and the anus were intact.

My diagnosis was based on Tetra-Amelia Syndrome, with Right Inguinal Hernia in a 2-months old female child.

Children born in with congenital malformations here in this part of the world, may not receive the care they deserve.  This may be attributed to the poverty situation and cultural beliefs.

So, I write this as I appeal to any well-wishers, authorities and other health stakeholders to pay attention to this child so that she grows happily into an adult.

Some of the notable people living with Tetra Amelia Syndrome are:

Nick Vujicic, a motivational speaker who was born with the condition in Melbourne, Victoria, Australia, in 1982. In 2005, he founded an international non-profit organization and ministry, Life without Limbs. See picture of Nick Vunjicic below. 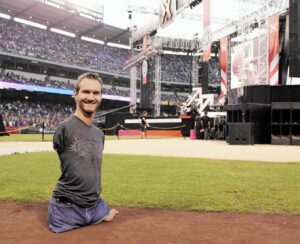 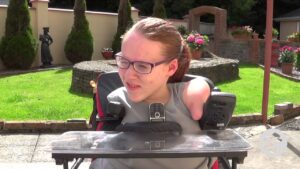 She has successfully taken on Taoiseach Enda Kenny, addressed the United Nations and discussed technology with Massachusetts Institute of Technology (MIT) and Apple.

Hirotada Ototake, born April 6, 1976 is a Japanese sports writer from Tokyo, Japan.Born without arms and legs due to a genetic disorder called tetra-amelia syndrome, Ototake is most notable for his 1998 memoir No One’s Perfect.

The author is a Medical Doctor in Shinyanga Region, Tanzania and Master of Public Health (MPH) candidate.

Doctors’ joblessness in TZ: Reflections on how to harness the private sector