Home Medico Voices Time for universities to wake up, save students from risk of lifestyle...
Medico Voices
September 15, 2017 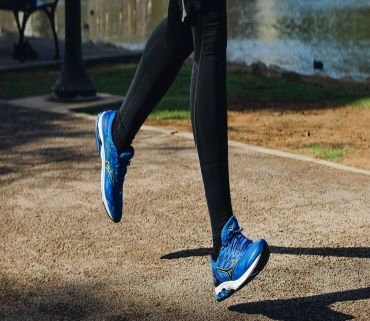 Non Communicable Diseases (NCDs) have long been associated with the elderly population; however, preliminary findings of my study on this aspect in Tanzania have shown that the young, educated population also faces a high risk of the lifestyle-related diseases (still onging; Chillo et al).

At one University, it was found that more than half of females were overweight and have high body fat. Furthermore, students who were found to be overweight, with increased body fat, were more likely to underperform during a heart and lungs fitness test or what we call the Cardiorespiratory Fitness (CRF).

A different study that was presented at the 5th MUHAS Conference in June 2017 (Ngemera et al) has also clearly shown that university students, who were found to be overweight, had an increase in body fat percentage.

Being overweight and having high body fat percentage were associated with 3 – 6 times increased level of abnormal amount of lipids in the blood (dyslipidemia), high blood pressure and diabetes among students.

What do the two studies tell us?

For any human being, physical activity is an important way to use the energy generated from the consumed food. I am emphasizing on this fact because food and physical activity are the two important components of our life’s healthy balance that we can always modify.

There is science behind this. Food was once meant to solve one problem – physical hunger. But on the other hand, physical activity is supposed to burn the food for body energy.

Any imbalance in either of the two is likely to lead to numerous detrimental outcomes, such as increasing the risk of developing NCDs, such as heart diseases, cancers and diabetes.

Why this is important for university students

Regardless of education, maintaining a healthy weight requires discipline and self-realization. This is true for the university students who spend much of their time in activities that require little energy, such as watching television in their rooms or working on a computer.

If these students avoided sedentary activities, engaged in more vigorous physical activities, they would burn calories and this would eventually help them cut down body fat and reduce the risk of disease.

To burn calories, one needs to spend more time in activities like walking and cycling to the hostels, regular swimming and sports. Using stairs rather than elevators has more advantages too.

But also, the kind and amount of food that the students eat determines how they will maintain weight.

I have come to realize that most of the food prepared at university canteens contains either high-fat foods or starch/sugar and less or none of vegetables/fruits.

Due to limited choices and other factors like affordability, students resort to consuming more fried foods, fried potatoes, chicken, chapatti, donnats and so on.

High fat foods contain more calories per serving than other foods and may increase the likelihood of weight gain.

Do universities have supportive systems?

According to the Tanzania Commission for Universities (TCU), the country has about 70 registered as fully-fledged or as constituent colleges, with more than two thirds being privately owned.

Most of these universities’ buildings are in major cities and do not have the required infrastructure to improve students’ health. The buildings put up in the 1990s lack essential facilities to support physical activities such as sports grounds and recreational spaces.

Yet, those universities which were spacious enough and in a position to create such key facilities, are now haunted by another great challenge—of building more lecture theaters and staff offices to meet the growing demands of students who increase every year.

In addition, there is growing pressure on the university authorities to build more houses for rent as a way of generating income for the academic institutions. This is due to the shortage of funds that these institutions are currently facing.

With all this I said about university students’ lifestyles and how it’s important to create a healthy environment for them, I believe it’s time for universities to rethink on their health policies, be engaged fully in the content of food and the variety of choices that their food vendors offer to the varsity communities.

Health messages on noticeboards across buildings and seminars are important to reinforce positive thinking on being healthier.

In this era when NCDs are a growing threat, we need to be conscious of health and strive to improve it. What is required is the commitment to the process and structures to achieve better health.

A healthy, active community is one that is continually creating and improving opportunities in the well-built social environments and expanding community resources to enable all people to be physically active in day-to-day life.

Dr Omary Chillo
Dr Chillo is a physiology lecturer from the Department of Physiology, Muhimbili University of Health and Allied Sciences (Muhas). He is also the President and Chairman of the Executive Committee of Tanzania Health Summit (THS) and a Board member of Public Private Health Forum in Tanzania.
- Advertisement -