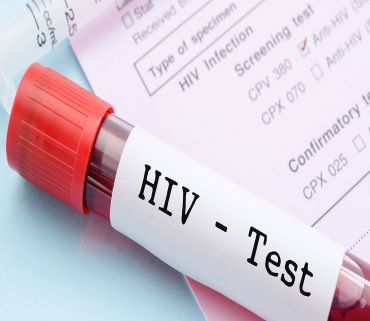 For the past three decades, the HIV/AIDS pandemic has remained one among the leading causes of morbidity (illness) and mortality (death) in Tanzania, with far reaching social and economic consequences.

Today, amid a swirl of competing and complex global concerns, we confront a serious new obstacle, the oppressive weight of complacency.

It is currently estimated that about 1.5 million Tanzanians live with HIV and over 73,000 people acquire HIV infection each  year.

We have all witnessed the  remarkable efforts put by the Tanzanian government in responding to the Declaration of Commitment to HIV/AIDS (set by the United Nations General Assembly Special Session), with the  promising results—showing a good trajectory towards marking an end to AIDS epidemic.

As of December-2016, the total number of Clients who are alive and on ART was 846,527(equivalent to 56 percent of HIV treatment Coverage).

The country continues to make headway in fast-tracking global AIDS response through a series of strategic plans and interventions in prevention, care, treatment and support.

And, we know that if the country makes right decisions and the right investments now, the end of HIV/AIDS  can be within our grasp. This moment is however, fleeting.

We have a fragile window of opportunity—measured in months in which to scale up.

The UNAIDS report projects that with current pace of our investment (using the 2015 NACP Guideline which emphasizes on initiating ARV to all clients with CD4 less than 500cells/mm3, clients who are HIV/TB and HIV/HBV Co-infected, and for all Key Population who are HIV+) by 2020 almost 86 percent of all people living with HIV will be on treatment.

This is not something to be taken for granted; it will mark the greatest breakthrough in HIV fight since the early 1980’s.

We have been able to progressively decrease the HIV prevalence among all adults aged 15-49 from 7 percent in 2003/04 to about 4.7 percent in 2014/15 according to the UNAIDS report.

But also, the number of AIDS—related deaths have dramatically decreased from 80,000(2012) to 36,000(2015) per year. This has been made possible by all our efforts combined together.

However, it should not leave us stuck in complacency that we have won the battle.

What lies ahead of us is our investment in the right momentum and speed towards ending AIDS.

To reach there, we must adopt a more holistic, people-centered and rights-based approach. We need to add a catalyst to the current steady speed.

Tanzania launched “test and treat” strategy in late 2016 as one of the new Global, evidence-based approach to steer up the new aggressive marathons in making HIV/AIDS pandemic forgotten by 2030.

This is the right thing at the right time, but we still need some new innovations that will be feasible for our context. We have put most of our resources and focus on  the 48-high HIV burden districts out of 178 districts, but we should never underestimate the remaining 130 districts because we are all aware that the HIV epidemic is so dynamic and unstable!

There might also be a resurgence of HIV epidemic at a time when we may have squandered all the global and national political capital we have worked so hard to win.

When that time comes, unfortunately through, the AIDS response may have lost its unique power to transform national health and save million lives.

Tanzania needs a bold call-to-action; to get on the frontline on fast-tracking and reaching many people who are currently left behind.

We need an urgent call to front-load our investment, to close the HIV testing gap and to protect 653,473  people living with HIV who are still not accessing HIV treatment.

Let us also take a call to redress the deplorably low HIV treatment coverage for children living with HIV in Tanzania. We should also focus on our unfinished agenda to drastically reduce new HIV infection to bend the trajectory of the epidemic.

We must also protect the future generations from acquiring HIV infection by eliminating—once and for all—the new HIV infections among children, and by ensuring young people can access the HIV-related sexual and reproductive services they need.

Defending the rights of all people, especially people who are higher at risk of acquiring HIV infection, that is: children, women, young people, sexual workers, prisoners, people who inject/use drugs etc, is critical in ensuring broad access to life-saving services.

Through the realization of their rights, people being left behind will move ahead, to the very forefront of the journey to end HIV/AIDS  in a well-informed, empowered, mobilized and engaged society.

The countdown to 2020 has begun and it requires us to work in new ways—be innovative and more creative, more ambitious and focused.

Let us combine our novel ideas and tireless efforts to combat HIV/Aids epidemic and be among the first countries to ever reach the global AIDS target of making an end to AIDS globally by 2030.

We should never rest on the current laurels and making settlement to the status quo—the real fight against HIV/AIDS  is now on; so let us call upon every one of us, wherever you are, whatever you are doing to make the realization of ending AIDS by 2030 possible.

Facing the epidemic with new innovations, investments and full-filling commitments and engagement as well as making sure that no one is left behind is a prerequisite during this ongoing battle.

Dr Vittorio Msolwahttp://www.sayansi.africa
The author is a Medical Doctor currently involved in HIV/TB  programs in the Southern part of Tanzania.
- Advertisement -

Vaccine prevents typhoid in 84 per cent of children