The Tanzanian government has officially confirmed the presence of patients diagnosed with COVID-19 in the country, for the first time since May last year.

Speaking at a meeting with religious leaders in Dar es Salaam, President Samia Suluhu Hassan cited reports from doctors at the Mwananyamala Regional Hospital in the city that several people had been diagnosed with the virus:

“We have entered the third wave of this disease and the signs in the country are visible, we already have patients who have been diagnosed in this wave,” she told Bishops at the Tanzania Episcopal Conference (TEC).

“I know that from the beginning, the church has been keen in fighting this disease,” she said.

The statement comes amid a third wave of the virus on the continent, with Africa-wide cases rising 20% week-on-week in July, according to the World Health Organisation (WHO).

A relaxation of prevention measures, the onset of winter in the continent’s south and the emergence of more contagious variants are to blame, it said.

While President Hassan did not disclose the number of cases confirmed in Tanzania, her statement marks a clear departure from the COVID-19 policy inherited from her predecessor, the late President John Pombe Magufuli.

President Magufuli caused controversy in May 2020, after ordering that Tanzania’s national laboratory, the body responsible for testing suspected COVID-19 cases, be closed down for allegedly issuing false positive test results.

In June 2020, he declared the country to be free from Coronavirus following three days of national prayer and steam inhalation therapy.

For the remainder of his time in office, which included the region’s second wave between January and March 2021, the government maintained tight control over information about the pandemic, denying the existence of the virus, eschewing mask-wearing, and declining to collect or publish data.

The current president Samia Suluhu Hassan has pushed for transparency.

Since taking office in March, she has consistently advised the public to take precautions.

In April she commissioned a taskforce to determine the country’s next steps in tackling the virus, and in many of her public meetings, a majority of attendants have been wearing masks.

The country is now under pressure to publish data on the spread of Covid-19 before getting approval for a $574m emergency loan from the International Monetary Fund (IMF) to assist in its efforts. 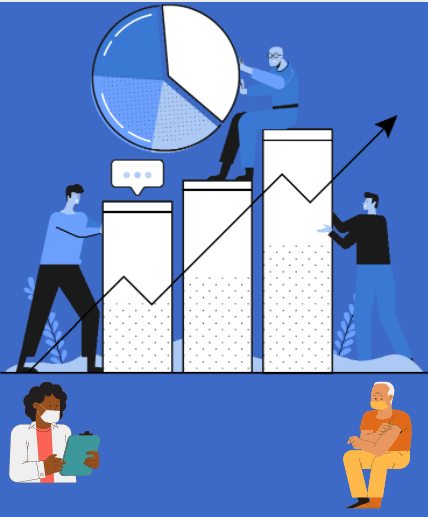 Until May 8, 2020, when testing stopped, the WHO situational update indicated that Tanzania had recorded 509 cases and 21 deaths from COVID-19.

In a press briefing on Thursday, World Health Organization Regional Director for Africa, Dr Matshidiso Moeti, urged the government to share data as it embarks on vaccination plans.

She said the WHO is working with Tanzania to prepare a COVID-19 vaccine deployment plan, which is a major prerequisite to securing vaccine doses from the COVAX facility.

Run jointly by vaccine alliance Gavi and WHO, COVAX has so far distributed more than 89 million vaccines to low and middle-income countries.

“These are the preliminary steps to receive vaccines through COVAX, and we are expecting the vaccines to arrive in the country in the next couple of weeks.”

According to WHO, as of 17th July around 12 million people in Africa were fully vaccinated, which is less than 1% of the continent’s population.