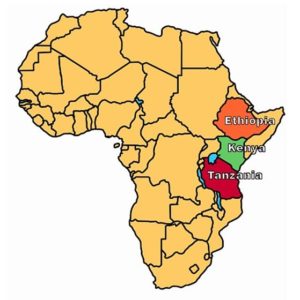 As sub-Saharan African countries grapple with the rising trend of diabetes, new estimates suggest that the cost associated with the disease could more than double and may reach up to US$59.3 billion per year by 2030.

This is, if type 2 diabetes cases continue to increase, new report by The Lancet Diabetes and Endocrinology Commission on Diabetes in sub-Saharan Africa reveals.

However, the authors of the report, who include Tanzania’s expert,  Dr Kaushik Ramaiya, from Shree Hindu Mandal Hospital, Dar Es Salaam, have also also predicted substantial growth in costs in eastern African countries (such as Ethiopia, Kenya and Tanzania), increasing from $3..8 billion in 2015 to up to $16.2 billion in 2030.

In the projections for 2030, southern Africa is likely to see the greatest increases in annual costs, increasing to between $17.2 and $29.2 billion, says the new report published in The Lancet Journal.

Read the original report in the Lancet here: Diabetes in sub-Saharan Africa: from clinical care to health policy

Revelations are from the new report by The Lancet Diabetes and Endocrinology Commission on Diabetes in sub-Saharan Africa—formed to ascertain the current burden of diabetes and its risk factors and outcomes in the region.

The new report proposes that diabetes and its complications have the potential to reverse some of the health gains seen in sub-Saharan Africa in recent years — overwhelming the region’s health systems and crippling patients’ personal finances as they pay for their own healthcare.

The Commission was also formed to assess the challenges faced by health systems in dealing with this burden, and suggest potential solutions.

In this document, the Commission is presenting the key messages of the   and   suggesting the operational targets (panel 1) to help countries at all stages of development to transition to a state whereby the UN and SDG targets on NCDs can be achieved, if not surpassed.

“We conclude that sub-Saharan Africa is not prepared for the increasing burden of diabetes brought about by rapid and ongoing transitions,’’ the Commission says.

“Effective management of diabetes in sub-Saharan Africa will require careful considerations about the expansion of services to meet current and future burden, while ensuring that services are integrated with those for other chronic diseases,’’ it suggests.

“The health, economic, and societal consequences of inaction will be huge. Decisive action is needed now, by all stakeholders, to address the scale and urgency of diabetes in sub-Saharan Africa,’’ it further points out.

Currently, only half of the people with diabetes in populations in sub-Saharan Africa are aware that they have the disease, and only one in 10 (11%) receive drugs they need.

The Lancet Diabetes & Endocrinology Commission on diabetes in sub-Saharan Africa will be launched in London on July 6.

It provides a comprehensive and up-to-date analysis of the burden of diabetes across sub-Saharan Africa, the challenges this burden poses for health systems, as well as potential solutions. More than 70 experts from around the world contributed to the report, which provides five key messages.

The report estimates that the economic cost of diabetes in sub-Saharan Africa in 2015 totaled $19.5 billion, equivalent to 1.2% gross domestic product (GDP). On average, countries in the region spend 5.5% of their GDP on health.

More than half of this economic cost (56%, $10.8 billion) was on accessing diabetes treatment, including medication and hospital stays — and one half of these costs were out-of-pocket (paid for by the patients), putting a huge financial burden on people with diabetes.

The remaining economic costs were a result of productivity losses, mostly from early death ($7.9 billion), as well as people leaving the workforce early ($0.5 billion), taking sick leave ($0.2 billion) and being less productive at work due to poor health ($0.07 billion).

“These estimates show the vast economic burden that diabetes places on sub-Saharan Africa, and should motivate policy makers to increase resources and efforts to overcome this looming health challenge,” says one of the three lead authors, Professor Rifat Atun, Harvard University, USA who was quoted by Science Daily.

Prof Atun said,”Our figures illustrate the economic cost of inaction. However, the wider cost of inaction is the risk of losing ground on some of the region’s biggest health achievements of the past few decades, as diabetes cases further increase and costs spiral. In its current state, sub-Saharan Africa is not at all prepared for the increasing burden of diabetes caused by rapid, ongoing societal transitions.”