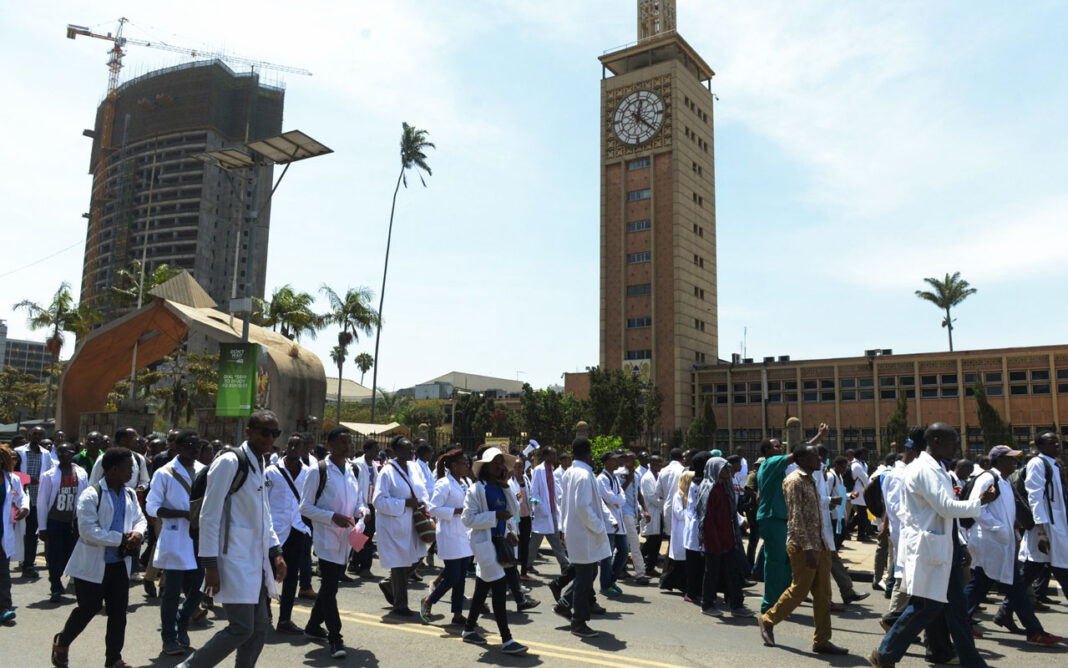 This follows news that doctors in public hospitals in Kenya on Thursday inked a deal with governors that will lift the top earners’ pay to Ksh582, 954, reports Business Daily’s Stellar Murumba.

Previously, the interns earned at least Sh189, 910, of Kenyan currency, including allowances.  Top earning medic previously was on Ksh460, 660 monthly. The agreement takes effect immediately and will hold over the next four years.

“The signing of the CBA recognition agreement marks the beginning of constructive engagement between the government and the union,” said Samuel Oroko, the Kenya Medical Practitioners and Dentists Union (KMPDU) chairman, as quoted by Business Daily. The governors said they would need more resources from the national government to meet the terms of the doctors’ pay deal.

“Counties should receive more resources to be able to cater to the need,” CoG chairman Josphat Nanok said. The CBA follows a deal reached in March when doctors ended a three-month strike. The agreement granted doctors increased allowances like emergency call and non-practice perks and outlined a promotion plan.

County governments were to recognise the union and conclude local agreements within 60 days, which lapsed on May 14.

Entry-level doctors or interns will earn more than four times what the government will pay a fresh graduate with a liberal arts degree. The liberal arts graduate earns about Ksh50,000, including allowances monthly.