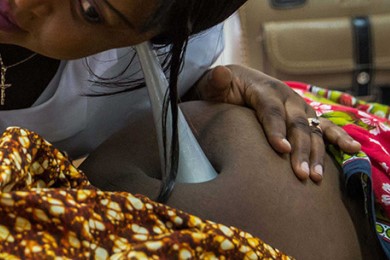 Researchers are carrying out a study to establish the complexities behind babies who are born without signs of life (stillbirths) in Mwanza Region, Tanzania.

The study, which seeks to find ways of preventing stillbirths and addressing related social and psychological challenges, is targeting community members and healthcare staff in Nyamagana and Misungwi Districts of Mwanza.

Stillbirth, the death of an unborn baby (foetus) foetus, after 20 to 28 weeks of pregnancy, may result into a feeling of guilt or grief to the mother, meaning that mothers often have to contend with a myriad of emotions.

The ongoing project is an initiative of the Lugina Africa Midwives research network (LAMRN), a network of midwives from six African countries namely Kenya, Malawi, Zambia, Zimbabwe and Tanzania.

The midwives have partnered with the University of Manchester in United Kingdom, in collaboration with the Catholic University of Health and Allied Sciences (Cuhas)-VIDEO

When it is completed, the study is expected to establish the public health impact of stillbirths, says the Principal Investigator Dr Rose Laisser, a Seniour Lecturer in Midwifery at Cuhas.

Dr Laisser told MedicoPRESS that interventions aimed at controlling stillbirths have not been given priority in Tanzania, unlike other health problems related to maternal, newborn and child health.

“Little is heard on stillbirths’ interventions. We’ve heard of many programs supporting maternal and child health, aiming at controlling mortality. We are researching on stillbirths to get scientific evidence that will lead us into getting solutions,’’ says Dr Laisser.

The ongoing study in Mwanza is in its second year of implementation and so far over 1000 hospitals reports have been scrutinized and 87 people have been interviewed.

“Preliminary details show that most women prefer seeking services from traditional healers instead of going to the hospital…there are also cultural complexities related to such deaths,” said Dr Laisser.

“We’ve chosen to research on Mwanza region…where the reproductive rate is considered to be very high when compared to most other regions in the country,’’ she says.

Commenting on the researchers’ decision to carry out the study on stillbirths, a medical practitioner based in Dar es Salaam, Dr Renick Kihongo said investigating the underlying causes of stillbirths, especially in occasions where the problem keeps repeating itself in a woman who may have experienced it, is important.

“If well investigated, the cause is identified and found to be manageable, this may safeguard the woman from experiencing another stillbirth,” Dr Kihongo told MedicoPRESS.

According to the World Health Organization (WHO), there were 2.6 million stillbirths globally in 2015, with more than 7178 deaths a day.

“The majority of these deaths occurred in developing countries. Ninety-eight percent occurred in low- and middle-income countries [including Tanzania],” says the report, titled: Maternal, newborn, child and adolescent health, published on www.who.int

Majority of stillbirths are preventable, doctors say. The Every Newborn Action Plan (ENAP) to end preventable deaths has a set stillbirth target of 12 per 1000 births or less by 2030.

Quality of 20 medical products in East Africa under scrutiny