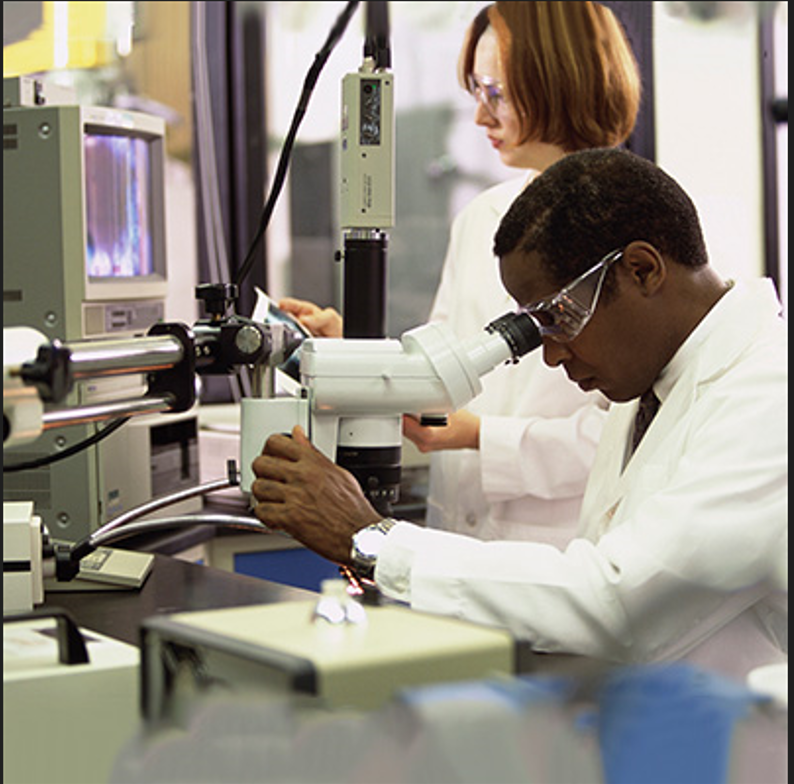 Major African research projects have been disrupted after international donors withdrew funding from the continent’s science academy due to a long-running governance crisis, a SciDev.Net investigation has found.

Science and research programmes have been moved from the African Academy of Sciences (AAS) to a newly established rival organisation – the Science for Africa Foundation.

Millions of dollars in funding have been put on hold, affecting research across the continent, according to insiders familiar with the governance crisis. Researchers say vital projects have been left in limbo.

The newly established science foundation that has taken control of programmes stripped from the academy is also bringing over many former AAS senior members.

When the Covid-19 pandemic hit, and the eyes of the world turned towards research, the AAS was in turmoil. Instead of beefing up its ranks, it was culling operational staff, while the futures of up to 2 000 research fellows were plunged into doubt. Interviews with former staff members, as well as documents seen by SciDev.Net, paint a picture of an organisation in disarray.

One former AAS staff member, who was made redundant along with around half of the academy’s 100 employees, told SciDev.Net that losing their job during a pandemic was “devastating”. The staff member, who has knowledge of internal procedures and who asked not to be named for fear it might jeopardise their chances of getting a job in the future, said the governing council had lost confidence in the academy’s leadership.

In September 2020, the governing council contracted financial services firm Deloitte to conduct an independent forensic audit. Deloitte was tasked with reviewing financial records and other documents to identify any instances of fraud or other financial misconduct between 2010 and 2020.

The Deloitte report, which SciDev.Net has seen, highlighted allegations of financial mismanagement and fraud and revealed that salary increases for senior management in 2018 exceeded the 5% limit set by the governing council — in some cases increasing by up to 38%.

The finance and compliance committee noted in 2020 that there was “no sound justification for the wide variations in [salary] increases” that had been proposed, according to the report. In other years, some senior staff signed their own salary increase letters, the Deloitte report said.

Despite multiple requests, SciDev.Net was unable to secure an interview with anyone at the AAS, which did not respond to questions about whether any legal cases had been brought against the former staff named in the audit reports.

The Alliance for Accelerating Excellence in Science was the academy’s programmatic arm. It was set up in 2015 by the AAS and the African’s Union’s economic development agency Nepad, with support from the UK-based research charity Wellcome, the Bill & Melinda Gates Foundation and the now-defunct UK Department for International Development.

Known as AESA, several multimillion-dollar programmes fell under the programme, including the leadership and training programme Deltas, the genome research project Human Heredity and Health in Africa (H3Africa) and the innovation promotion project Grand Challenges Africa.

All three of these projects have been transferred to the Science for Africa Foundation. H3Africa and Deltas, which support research on Africa’s most urgent health challenges, were handed over to AESA and the AAS by Wellcome in 2016.

Then-director of AESA Tom Kariuki said at the time the handover was a vote of confidence in the grant management capability of African institutions. SciDev.Net made requests to speak with Kariuki, who is now executive director at the SFA Foundation, but was unable to secure an interview. The SFA Foundation did not respond to requests for comment.

Observers argue that the academy should never have been put in the position of handling grants in the millions of dollars, while insiders have told SciDev.Net that the AESA programme had a higher budget than the AAS’s endowment fund, which is largely supported by governments.

“There was a feeling that AESA was becoming an organisation within an organisation … as it had massive funds compared to AAS itself,” the former employee told SciDev.Net.

The maze that is the grants management pipeline is impeding institutional growth in Africa, according to Sharon Fonn, a professor of public health at the University of Witwatersrand.

Fonn says research projects should be directly funded, rather than grants being disseminated through intermediary bodies.

“Institutional capacity to manage funds can never grow in Africa without direct funding to it. This has to change.”

Projects grind to a halt

The collapse in confidence in the AAS, and the resulting financial disruption, has left many projects in hiatus. The lack of certainty in science is driving Africa’s “brain drain”, Fonn said.

“Africans need to know their future is secure in Africa. The brain drain is regrettable — but it shows that potential is everywhere and should be developed everywhere,” she said.

Fonn is the co-director of the AESA-funded Consortium for Advanced Research Training in Africa (Carta), an initiative that seeks to train multidisciplinary researchers as a way of improving public and population health. The halt in AESA funding has affected her project, which was funded under the Deltas training scheme. Funding dried up after the first five-year phase of Carta was ending under the first phase of Deltas. An application granted under Deltas Two – which was due to be disbursed in January 2021 – had not yet been delivered, she said.

Carta has been unable to admit a new cohort of 25 PhD fellows, Fonn said, adding; “We have also delayed admission of post-doctoral research fellows.

“We really need critical masses of PhDs and research fellows to realise change in Africa. Research should be applied to finding solutions to challenges facing the continent, like public health problems. We become responsive to social needs by training the next generation of researchers.

“The delay or withdrawal in funding has interrupted the dynamics of our strategy of building critical masses of researchers in Africa.”

SciDev.Net has spoken with other project leaders who say their research and training programmes have similarly been affected but they chose not to be named out of concern that it would affect future funding opportunities.

Major donors confirmed that they had pulled funding from the AAS due to governance concerns. A spokesperson for the Bill & Melinda Gates Foundation said the organisation made the “difficult decision alongside other funders to close many of our grant agreements with the African Academy of Sciences” in 2021.

“This was due to governance challenges that made it difficult for the programmes run under the AESA platform to continue without disruption,” the spokesperson said.

A spokesperson for Sida, the Swedish international development agency, said its support for Grand Challenges Africa ended as AESA programmes were removed from under the AAS.

“This support ended on 31 July 2021, because of the decision that programmes of AESA, including the Grand Challenges Africa programme, would transition from the AAS to a new organisation that is currently under set-up,” the spokesperson said. “Sida is involved in conversations with all stakeholders participating in the transition process.”

A Wellcome spokesperson said: “We’re continuing to fund programmes that were delivered by the AAS/AESA, but due to ongoing governance challenges at the AAS, we have appointed PwC Kenya to administer the funding on an interim basis. In the longer term, we would like to come to an agreement with an appropriate Africa-based organisation to manage these programmes.”

While programmes had already begun to appear on the SFA Foundation website, and job openings at the foundation were popping up across Africa’s employment websites, public announcements about the programme transfers did not come until July.

Wellcome announced that it would deliver £6.5-million in “core funding” over the next five years and the SFA Foundation would “initially” take on the management of three Wellcome-funded grant initiatives – H3Africa, Deltas Africa and Covid-19 R&D – under which the foundation would be responsible for disbursing “up to” £5-million under these initiatives.

While the announcement did not mention the second phase of Deltas, Wellcome told SciDev.Net: “We’re fully committed to Deltas II. We understand that teams have been waiting to get started and we know this can be difficult. We hope to be able to provide more information on the start of the programme in the coming months.”

Concerns that the AAS was too focused on East Africa, and that staff were primarily from Kenya, had long plagued the ostensibly pan-African organisation, according to scientists interviewed by SciDev.Net. Researchers and science academies across Africa say they have little to do with the AAS.

The SFA Foundation is positioning itself as a “pan-African, nonprofit and public charity organisation that supports, strengthens and promotes science and innovation in Africa”.

Many of the senior management staff of AAS who were made redundant or resigned when international donors pulled their funding, are now employed by the Science for Africa Foundation. The majority have been employed in the same roles they held at the academy.

“The decision to establish this organisation came as a relief to many employees who had been made redundant at AAS,” the former AAS employee told SciDev.Net.

“The AAS is becoming a highly political outfit. We have seen the governance situation become ugly, with people howling insults at each other.”

While the establishment of the SFA Foundation was seen by some as the end of the period of disruption, the organisation did not respond when SciDev.Net asked how it would avoid the governance issues that troubled the AAS, given that it is employing many of the same people.

The foundation also did not respond to questions about whether processes had been put in place to ensure finances and grant programmes were properly managed, or how trust would be built among the donors who had transferred their programmes from the AAS to the SFA Foundation.

Science leaders outside of the AAS and SFA Foundation say they are taking note of the causes of the crisis in order to avoid such troubles within their own ranks.

Bi Crépin Pene, technical advisor to the president of Côte d’Ivoire’s Academy of Sciences, Arts, African Cultures and Diasporas (ASCAD), said both financial partners and African scientists must be reassured that research bodies are operating professionally.

“The crisis within the AAS has no impact on the activities of ASCAD,” said Pene. “However, ASCAD will be able to draw lessons from it to further refine its governance in order to sustainably maintain a good climate of trust with not only its members but with its financial partners.”

In South Africa, eyes have also been on the turmoil in Kenya.

The executive director of the Academy of Science of South Africa, Himla Soodyall, says if proper management and auditing systems are in place, then science academies can effectively manage large research grants.

However, she says single-country academies, rather than continental bodies, are probably better equipped to handle large sums of money.

“When you have membership across countries, and staff from various countries supporting activities, I would imagine it would become difficult to follow a particular rule for compliance.”

The SFA Foundation is expected to publish a detailed strategy, although the organisation did not provide information about when this would be released.

As the AAS’s 2018 to 2022 strategy nears its end, questions continue to hang over the future of Africa’s science academy.

This article was produced by SciDev.Net’s Sub-Saharan Africa English and Global editions. Fiona Broom and Julien Chongwang contributed to reporting

SciDev Nethttp://www.scidev.net
SciDev.Net is the world's leading source of reliable and authoritative news, views and analysis about science and technology for global development.
- Advertisement -

What you must know about Tanzania Medical Journal